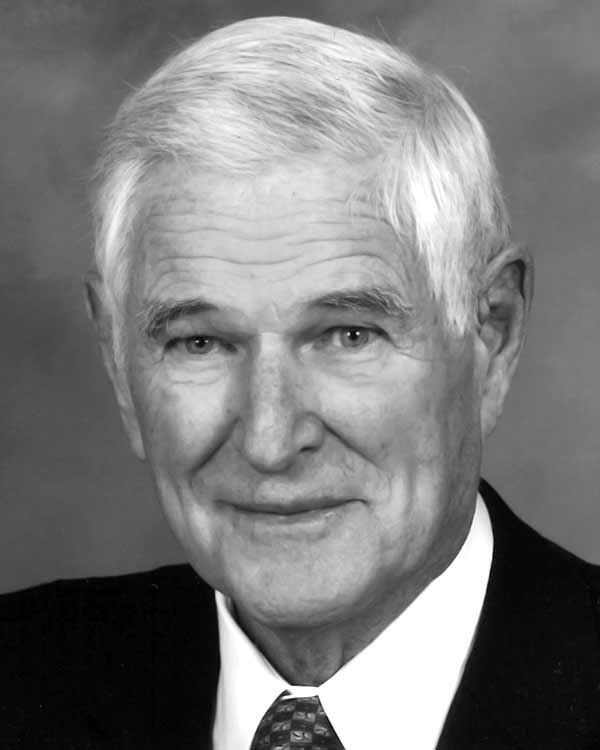 Sandy left Denison in 1959 and joined the United States Marine Corps, a service of which he is extremely proud. After he returned, he and his wife, Sally Wood Thomson ’59, started a life together in Columbus, Ohio, where he began his extensive career in the field of higher education administration.

Sandy joined the Denison Board of Trustees in 1998, served on the Enrollment and Student Affairs Committees and is now a life trustee. Prior to his service on the Board, Sandy’s volunteer service for Denison included career advisor, President’s Associate volunteer, Class Reunion, and Campaign volunteer, and a speaker for both the Organizational Studies and LeaderShape programs. He and Sally continued their support of students by establishing the Thomson Student Leadership Fund in 2004.

At Denison, Sandy was a member of the Sigma Chi Fraternity, and he has kept close ties with his alumni brothers. He served on the Greek Life Committee and as a consultant to the office of student life, working to establish the framework for a partnership among Denison, alumni, and Greek organizations. He was a leader in the fundraising efforts to renovate the Sigma Chi fraternity house, and most recently, a member of the 150th-anniversary celebration planning committee of the chapter. In 2003, Sandy was awarded the “Order of Constantine,” Sigma Chi’s highest honor.

Sandy’s volunteer service has extended beyond Denison as well. He has been active with the Rotary Club, the United Way, Buckeye Boys Ranch, American Red Cross, the Mercantile Library of Cincinnati and he was the founding president of the Upper Arlington Education Fund.
Sandy and Sally live in Covington, Ky., and have three children, and six grandchildren.