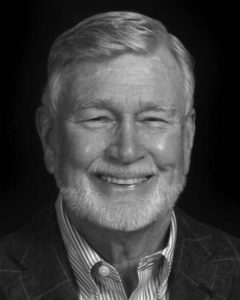 Dr. R. William “Bill” Cornell is a Clinical Professor Emeritus of the Department of Stomatology at the Northwestern University Dental School in Chicago, Illinois. Pediatric Dentistry is one of twelve dental specialties recognized by the American Dental Association. Dr. Cornell was a clinical professor in pediatric dentistry at Northwestern University School of Dentistry from 1976 until his retirement in 2001. He is a former chairman of the school’s department of pediatric dentistry.

After earning a postgraduate certificate in pediatric dentistry at the Eastman Institute of Oral Health in the School of Medicine and Dentistry at the University of Rochester, Dr. Cornell entered private practice in Fairview, Ohio, which he continued for 12 years. During that time, Dr. Cornell joined the faculty at Case Western Reserve University (where he earned his D.D.S.), teaching dentistry there for seven years. Combined, Dr. Cornell has taught dentistry to undergraduate and postgraduate students for more than 45 years. Dr. Cornell also served two years as a dentist in the United States Naval Reserve at Camp LeJeune in North Carolina.

Community service has always been a priority of Dr. Cornell’s. During his retirement, he has volunteered as a pediatric dentist for the Collier County Health Department in Naples, Florida, and as a courtesy clinical professor at the University of Florida College of Dentistry. While teaching at Northwestern University, Dr. Cornell worked with students volunteering at the Donna Olsen Saturday Morning Peoples Clinic and led seminars for pediatric dental residents at Children’s Memorial Medical Center, both in Chicago. While working in Fairview, Ohio, and teaching at Case Western Reserve University, Dr. Cornell served weekly at the Cleveland Public Schools’ dental clinic.

Dr. Cornell’s commitment to giving back extends to Denison University, as well. He served as a career advisor for seven years and has regularly contributed to the university’s annual fund. In 2017, Dr. Cornell and his wife established the Dr. and Mrs. Willian Cornell Jr. Charitable Remainder Unitrust to endow scholarships for students interested in health science.

Dr. Cornell, with his wife, Chloe, lives in Naples, Florida. They spend their summers with family in Chautauqua, New York.