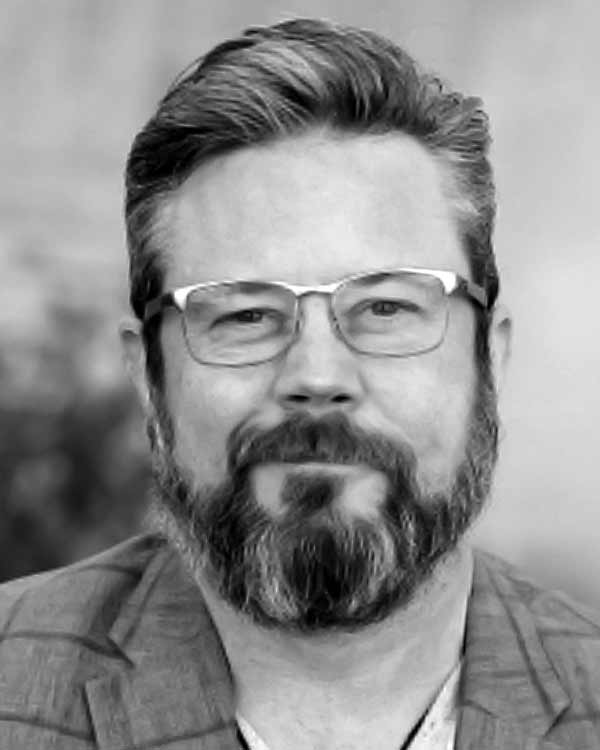 Richard Roland is a fourth-generation performer and a third-generation Broadway veteran, having appeared on Broadway in “Thoroughly Modern Millie,” “The Scarlet Pimpernel,” and “Follies.” He also has appeared in national tours of “Titanic “and “… Millie.” Off-Broadway audiences saw him in “Zombie Prom,” “Forever Plaid,” “The Fantasticks,” and “The Cocoanuts.”

Among his regional performing credits are “La Cage aux Folles,” “The Who’s Tommy,” “West Side Story,” “Damn Yankees,” “Gentlemen Prefer Blondes,” “Cabaret,” “The Sound of Music,” “Shenandoah,” and “Mame.” He played Jason Sheffield on television’s “All My Children” and has appeared in several television commercials. A vocal arranger, as well, Richard founded and directed the jazz vocal group Monday Off, co-produced two CDs, and toured all over North America, playing many clubs in New York, as well as Carnegie Hall.

As a student at Denison, Richard was a member of Burpee’s Seedy Theatrical Company improvisational comedy troupe and the Denison Concert Choir.

Some of his favorite memories of being at Denison were working on the productions of “Company” and “On the Verge” and, of course, the MDA Dance Marathons!

Richard’s mother and grandfather are also Denison Alums: Lispet Nelson (née Mary Elizabeth Taylor) ’57, and Edward Taylor ’16. Richard and his husband, Raymond Sage, (and their two Labrador retrievers, Finn and Millie) spend a lot of time traveling between Bloomington, Ind., and State College, Pa., where Raymond is an associate professor of voice for musical theatre and head of the Vocal Pedagogy Master’s Degree program.