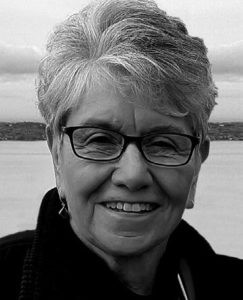 Following graduation with a major in German, Ginny entered the graduate program in Germanic Studies at the University of Illinois. In the second year of graduate study, she was awarded a one-year fellowship from the Germanistic Society of America for further study in Munich. During that year she decided to return to Illinois and complete a doctorate in Germanic linguistics.

After 12 years of teaching German full-time at Indiana and Bucknell, she began her administrative career at Susquehanna as executive assistant to the president. In 1990, she was appointed associate dean at Concordia College. She then held several leadership positions at Central College, Oklahoma City University, the University of Wisconsin at River Falls, and Keuka College. In 2009 she accepted a position as vice president for annual programming at the Council of Independent Colleges, where she was responsible for programming for chief academic officers and annual workshops for academic department chairs for member institutions.

Ginny was a member of several national professional organizations, including the Council on Undergraduate Research, and she served on the board and as national chair of the American Conference of Academic Deans. She was a consultant-evaluator for the North Central Association of Schools and Colleges and a peer reviewer for the Middle States Association of Schools and Colleges.

In retirement, Ginny volunteers as an advisor in Indiana University’s Student Advocate Program.